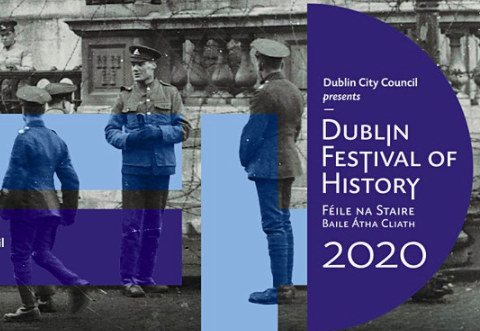 The Emergency: A Visual History of The Irish Defence Forces During WW2

THE EMERGENCY: A VISUAL HISTORY OF THE IRISH DEFENCE FORCES DURING THE SECOND WORLD WAR, 1939-1945

Eighty years ago in 1940 Dublin and Ireland were in the middle of ‘The Emergency’ (1939-45).   Despite Ireland’s neutrality, Irish ships sailing from Dublin were attacked and sunk, while the war raged in the skies above, and parts of Ireland were bombed from the air.  Ireland’s under-equipped Defence Forces prepared to make a stand against an invader. Neutrality could not be taken for granted.  Learn more about ‘The Emergency’ in this talk by Dr Michael Kennedy as he explains how the Defence Forces planned to counter an invasion and the dangers Irish sailors faced on the seas around Ireland.  1940 and 1941 were the worst years for the sinking of Irish ships and other vessels trading with Irish ports. The names of the seamen killed on the Irish ships are remembered on the Memorial to the Irish merchant seamen on City Quay in Dublin.

Dr. Michael Kennedy is the Executive Editor of the Royal Irish Academy’s Documents on Irish Foreign Policy (DIFP) series. In addition to editing twelve volumes of DIFP, running from 1919 to 1965, he has published widely for over twenty-five years on Irish diplomatic, political and military history.

His most recent books include The Emergency: A visual history of the Irish Defence Forces, 1939-1945 (with Comdt Daniel Ayiotis and Dr. John Gibney) (2019); Ireland: A voice amongst the nations (with Dr John Gibney and Dr. Kate O’Malley) (2019) and Ireland, the United Nations and the Congo (with Comdt Art Magennis) (2014). Michael regularly appears on radio and television and in public talking to a wide variety of audiences on aspects of modern Irish history. He has recently been assisting communities around the Irish coast who are seeking to discover the histories of their local units of the Defence Forces Second World War Marine and Coastwatching Service.

Booking is required for this seminar.