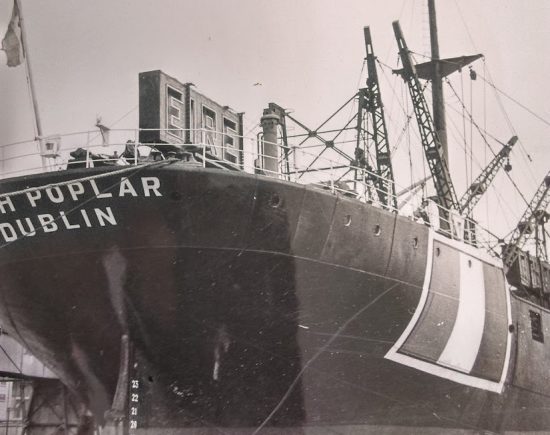 Eighty years ago in 1940, Dublin and Ireland were in the middle of ‘The Emergency’ (1939-45).   Despite Ireland’s neutrality, Irish ships sailing from Dublin were attacked and sunk, while the war raged in the skies above, and parts of Ireland were bombed from the air.  Ireland’s under-equipped Defence Forces prepared to make a stand against an invader. Neutrality could not be taken for granted.  Learn more about ‘The Emergency’ in this talk by Dr. Pat McCarthy as he explains how the Defence Forces planned to counter an invasion and the dangers Irish sailors faced on the seas around Ireland.  1940 and 1941 were the worst years for the sinking of Irish ships and other vessels trading with Irish ports. The names of the seamen killed on the Irish ships are remembered on the Memorial to the Irish merchant seamen on City Quay in Dublin.

Pat McCarthy, a native of Waterford and a past pupil of Mount Sion. He holds a PhD and an MBA from UCD and worked for many years in the pharmaceutical manufacturing sector. He is the author of The Irish Revolution 1912-23, Waterford (Four Courts Press, 2015), Waterford and the 1916 Rising (Waterford city and county council, 2016), The Redmonds and Waterford, a political dynasty 1891-1952 (Four Courts Press, 2018) and has published extensively in a range of journals. He is currently a Research Associate in the School of History and Geography, Dublin City University, and is working on a history of the pharmaceutical manufacturing industry in Ireland.